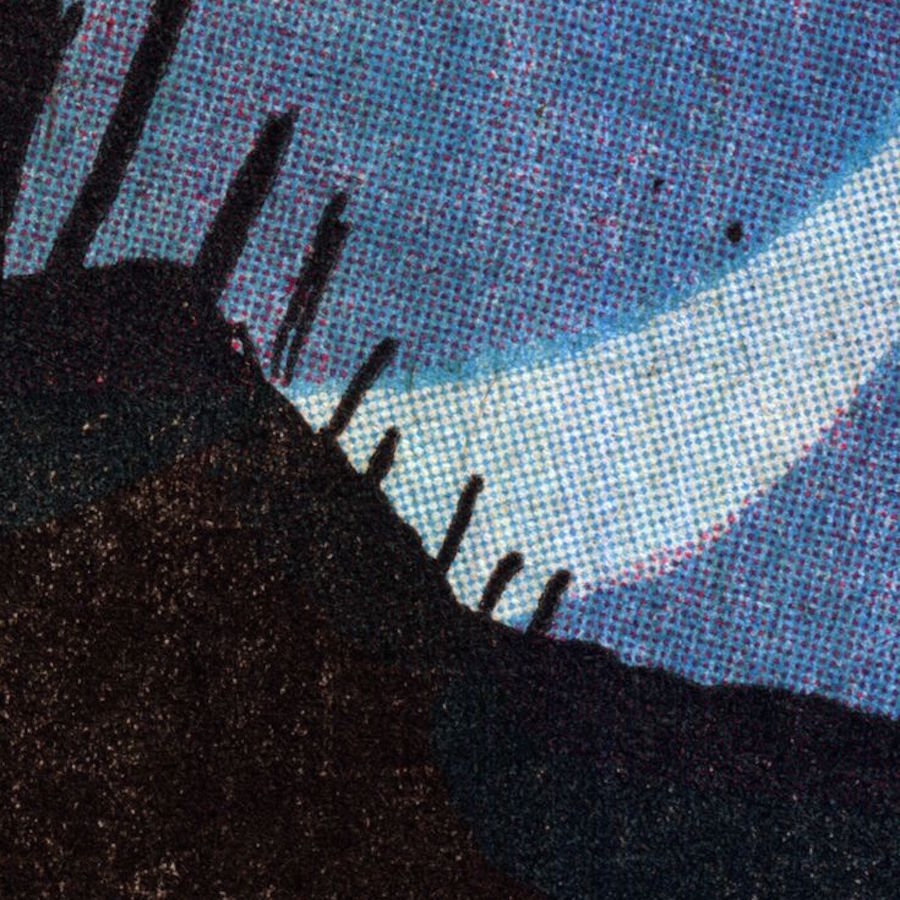 In the Dalles a man was killed with a seven pound steel bolt.
Five river gulls descended through dusk.
They have a wind there that smells of hot basalt.
A boy dipped his hand in the yellow puddle beside the sawmill.

In the Dalles no one tells them not to carry knives,
so they do. They sell a milk there that tastes
like a fungus grown on the underside of the moon.
The officers wear tricorn hats.

In the Dalles they’re all about to laugh at the sick joke
you’re thinking but won’t say.
I saw gray butterflies mating on a flaking hydrant.
I saw a clown sleeping beneath a parked car.

In the Dalles if you walk through diesel fumes too slowly
the slurring wenches will stagger to you
and paw your crevices for coins. Some
goddamned person stole the manhole covers.

In the Dalles I met a hazel-eyed coal miner.
But there are no mines in the Dalles. No coal.
I don’t know the rules there but I wanted to
stay bathed in the industrial lights.

In the Dalles if you drive a boat fast enough
you can get to night.
The Indian is drunk. His face is scorched.
He slumps behind the wheel of a grocery truck.

In the Dalles if you feel like you’re being watched,
you are. I once sat in a theater there and watched
a girl, painted orange and stuck with feathers,
chase a clipped wren across a torchlit stage.

In the Dalles I fell asleep (I shouldn’t have)
on the stained concrete slab of the disused gas station
and I don’t know if I dreamt the hands
that groped me in the starlessness.

In the Dalles the river resembles a river
one might find on Neptune, and the fish
pulled into rust-blossoming dinghies glimmer
as if infused with the rays of long-vanished stars.

In the Dalles insects carve the green air of evening
and the drivers fling impetuous gestures from
behind their tinted panes. I saw a bloody towel
on the gleaming supermarket floor.

In the Dalles, in some railyards, among the weeds,
are crumpled trains, in whose vacuous steel
innards drifts of dried rodent pellets are sometimes
illuminated by the match of a sweating fugitive.

In the Dalles I saw a bare swollen breast emerge
into the naked air from the folds of a floral gown.
Toward it a baby craned its gaping head,
like a bald, blind bird. I leapt at the joy of it.

In the Dalles I had a dream in a motel room,
beneath a giant blue sign with the number six—
a dream in which I watched a red wolf
tear the skin from my brother’s neck.

In the Dalles, in my dream, my brother watched
me with the compassion one sees in the saints
painted by Flemish masters. And I watched,
peeling a fruit that smelled like bad meat.

In the Dalles there are sometimes days
so similar that it requires a murderer’s strength,
or a madman’s gesture in the corner of the library
to keep them from collapsing into each other.

In the Dalles a man holding a pool stick said:
“In the Dalles, if you don’t like the weather,
wait five minutes; if you still don’t like it,
get the fuck out of town.”

In the Dalles that man then opened his mouth
to laugh, and I saw that he had no real teeth,
that he had fake teeth in his mouth.
I asked him where his real teeth went.

In the Dalles that man said he slept with his mouth
open. And that’s when they come. The next day
in the Dalles Daily paper, I read that a man had
broken a pool stick against the face of another man.

In the Dalles I have heard in the night
the clamor of crowds. But through my motel
window I never see a goddamned thing.
I hear a mechanical thud from the sewer.

In the Dalles there is nothing left
of the judge’s house on Monroe Street
but the chimney. But the chimney
is cold, crusted black and leaning.

In the Dalles I saw a veiled woman
ascend the steps of the orphanage,
hoisting a writhing sack. Evening comes
early to the unkempt ballfields.

In the Dalles it’s evening a lot.
That’s when I go down to the docks
and watch the spectral ships pass far out.
And I wonder at the dark and distant freight.

One thought on “Poetry: The Dalles –Joe Fletcher”